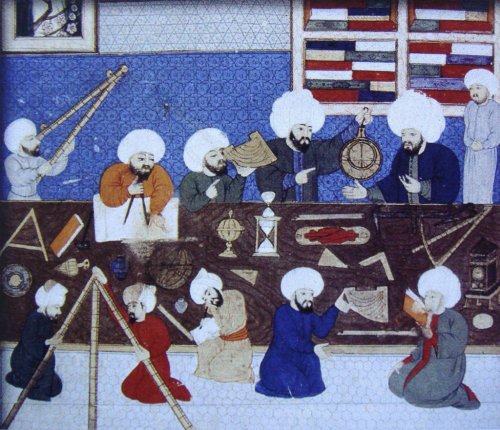 The Vivarium Novum Academy, in its commitment to seek the foundations of a lasting concord between peoples in the solid columns of culture and in the profound study of the common roots of our humanity, inaugurated in 2017 a Study Centre for relations between different civilisations, which was launched at the conference Patria diversis gentibus una, celebrated in Rome in the Oratorio del Caravita, in front of an international audience of leading scholars in the fields of Islam, Chinese and Indian civilisations, and the cultures of pre-Columbian America and their relations with Europe. In more recent years, this project has developed through agreements with ISMEO, the Oriental University of Naples, the University for Foreign Studies of Beijing, the University of Wenzhou and the Wen-Li Academy of China, Lubumbashi University of the Congo and, more recently, with the Institute for Humanistic and Cultural Studies of Iran.

It is in the context of this initiative that the Academy Vivarium Novum is honoured to offer the course in Islamic philosophy that will be held at our Frascati headquarters from the 9th to the 14th of May, 2022. The aim of the course is to bring together not only students specialising in the humanities, but in general all those interested in the philosophical culture of East and West in a tradition of thought which, due to inherited prejudices and misunderstandings that are not always completely eradicated, often remains unknown or is not fully appreciated in its true dimension and scope.

Since the time of the Baghdad of the Abbasid caliphs, representatives of the then nascent Islamic philosophy such as Al-Kindi and Al-Farabi knew how to draw on the intellectual paths indicated by the late antique Greek thinkers, as well as the rich variety of doctrines handed down in Syria, Persia, Mesopotamia and other regions of the Near and Far East, to give light to an original thought, halfway between tradition and innovation, to which the Koranic message served as a framework, inspiration and constant vital influence. Subsequently, the falsafa developed through various currents of thought that were alive and flourishing within the confines of the Islamic sphere, extending from the Iberian peninsula to the Indian subcontinent. But in this vast spectrum of thought, from the rationalism advocated by Averroes, to the unity of being advocated by Ibn-Arabi, from the peripatetic school of Avicenna to the philosophy of enlightenment of Suhravardi and Mulla Sadra or the Sufi theology of Al-Ghazali, the constant has always been the search for hikmat, of that profound wisdom that makes it possible to remedy the oblivion into which human beings continually fall, to relegate the flow of their contingent actions to its transcendent root, and to remind their hearts of the task of undertaking what Gherard Endress has called 'the path to happiness'.

The proceedings will take place from Monday the 9th to Saturday the 14th, starting at 10:00 Roman time, and will consist of three to four daily sessions of one and a half hours each.

Each lecture is open to the public, subject to availability. Booking is required by writing to corsi@vivariumnovum.net.

Additionally, the Vivarium novum Academy will provide 20 grants for participants who wish to come from a distance and stay at the Academy for the duration of the course. The grant will cover the costs of meals and accomodation at the Villa Falconieri from the 9th to the 14th of May.

The grants are reserved for university students of all levels (three-year degree, master's degree, doctorate, post-doc), students in their final year of high school, and teachers. Applications, accompanied by the completed forms (corso di filosofia islamica - application form - 2022.docx e general-regulations 2022.pdf), a letter of motivation, copy of an identity card, a recent photograph and a detailed curriculum vitae of studies, should be sent in digital format to corsi@vivariumnovum.net no later than the 4th of May, 2022.

The grant includes the obligation of residence and attendance of the course, and the presentation of a final report (max 25,000 characters) to be delivered by the 15th of June, 2022. The certificate of participation will be issued upon receipt of the report.

The lectures will be held in English and Italian.